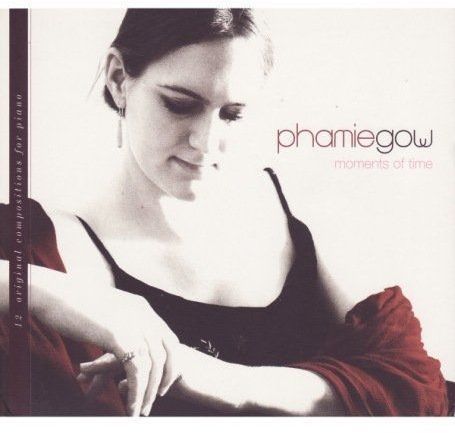 There’s a story behind every composition on Phamie Gow’s new album, ‘Beyond the Milky Way’.

Finding inspiration in the people around her, Phamie’s solo piano compositions share more than musical excellence, they’re filled with stories.

If you listen carefully, you’ll hear of her visit to a chateau in the South of France. Playing the piano under a dim candlelight, with open balcony doors exposing a blanket of a billion stars, Phamie composed ‘The Milky Way’ from start to finish.

Described as heartfelt and melodic, there are 4 tracks within ‘Beyond the Milky Way’ featuring a string quartet and one track, ‘Follow your Heart’ which features Phamie’s vocal ability accompanied by piano.

Never devoid of musical talent or determination, Phamie first publicly performed at Moffat Academy, a top Scottish school, at age 12 after teachings herself to play the Celtic harp in 6 months using a tutor book and cassette.

With her 9th release available now, we’re playing Phamie Gow’s ‘Beyond the Milky Way’ in stores across the UK.

Read more about Phamie or our other featured Artists of the Month.